Plants will always grow into the light. Seems like an obvious statement, I know. But think about it: as the plant grows, it follows the light, it twists and turns itself to grasp the sun’s rays in order to thrive. If it doesn’t, it’s growth will be stunted, or it may die.

Someone recently shared this analogy with me about life and relationships in general. I had never thought of it in those terms before, but as he said the words, it suddenly began to make a lot of sense to me.

It’s no coincidence, then, that in the murkiest depths of my depression, I often used metaphors of light and dark to express how I was feeling, where I was on my path. I was the little, wilted, struggling plant desperately trying to find the light, trying to work towards the light for survival.

As we were having the conversation, it occurred to me that whether we’re talking literally about plant life, or more figuratively about that intangible thing we all seek – happiness – I think it puts things into perspective. That which we nurture, grows. So, it follows that we must be careful to nurture the right things because if we feed anger and spite and resentment, those are the things that will grow.

We all have positive and negative experiences in life – they are hardly ever equal in number and sometimes it feels like there’s no rhyme or reason to them. Inevitably over time, we tend to become a “glass half full” or “glass half empty” person. I don’t dare assume that peoples’ outlooks on life are as dichotomous as a measurement of imaginary water, but the premise is a powerful one. 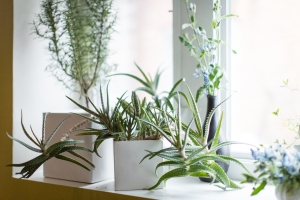 Sometimes, we can’t help being in the dark. That’s what my depression was/is for me – I didn’t choose darkness, it stalked me and eventually enveloped me. I lived there for a long time, at times even trying to reconcile with myself a whole life in the shade, but eventually I began to try to search for the light. It was a struggle, it was daunting, and there were times when I wanted to give up. There were even times when I thought maybe the dark suited me better anyway.

But I began to see slivers of light making their way through the cracks in the window, and I had hope. Hope encouraged me to try a bit harder to find the light, and the more light I found, the more I wanted to sunbathe.

I’m not saying I’ll never be in the shadows again – none of us can guarantee anything. But I really do believe that if we consciously look for the light when things are hard, or sad, or impossible, the chances of us finding it raise colossally.

We need both light and dark in our lives. Life, after all, is made up of elements that balance each other, with many variations in between. How could we even know the sweet bliss of light if we’ve never felt the dampened cold of dark?

I think the goal is to find the most amount of light in as many situations as we can. It won’t always work, we won’t always succeed, and dark will hold us down sometimes, but it’s the effort that matters.

Next time you’re looking at a plant, notice the ways in which the sun’s light hits its leaves, how the movement of the sun over the course of a day changes, and which parts of the plant get to sunbathe the most. Those are the parts that grow the strongest and tallest and are the most beautiful. But also notice the other parts of the plant, the leaves or buds that exist in the shadows; they may not be thriving, but they’re still there.

They’re trying to follow the light, and maybe they just need you to rotate the planter a little bit.

But, if we sometimes just think of ourselves as plants, and follow the light, perhaps we’d all thrive a bit more, and there would be fewer of us living in the dark. 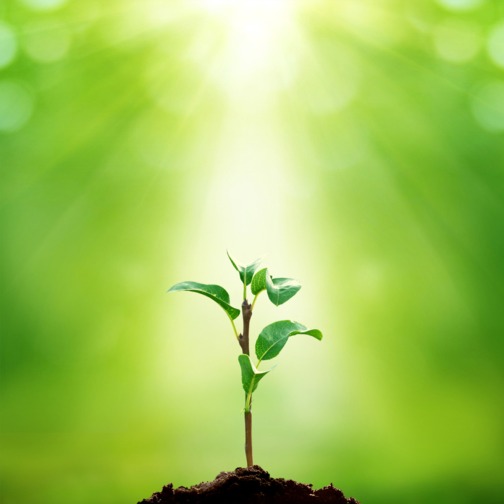