Of course, I wasn’t actually dead. I just felt like I was. Which seems quite hyperbolic as I write it now, but if we’re being metaphorical, (and we are because obviously I don’t know what it feels like to be dead) because I’ve never been dead before (or have I? Who knows!?!), I would liken what I’ve been experiencing lately to what I imagine feels like coming back from the dead.

Depression is no joke. We talk all the time about working to erase the stigma of mental illness, and I suppose that’s what my underlying intention is here, because this certainly isn’t easy for me to share. But it’s necessary, I think. The truth is, guys, that I’ve been struggling lately. A lot. In a way that I’ve never struggled before, which is saying a lot, because I’ve been through some shit.

I’m not sure when this all started, but I suspect that it’s been lying in wait for quite some time. My doctor suggests that it was actually a series of triggers that for whatever reason, as I experienced them in succession, resulted in severe depression. I’ve also learned that my depression is exacerbated by my newly-discovered Hypothyroidism. Or it was the Hypothyroidism that incited the depression. It’s a bit of a chicken and egg situation, really, and I don’t think we’ll ever really know for certain. So, there’s a lot going on, a lot to unpack, and it’s really just the beginning. 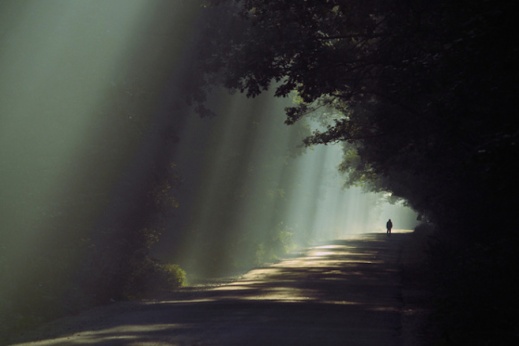 You know that saying “you must know the darkness before you can appreciate the light” (or something like that)? That’s the kind of…awakening I’ve been experiencing lately. Now that I’m taking medication and seeing a therapist and working on my self-care, I’m beginning to feel much better. But, the surprising thing is that I didn’t know how crappy I was feeling until I started to feel better. I was buried so deeply in the darkness that I didn’t even realize it until I started to see some light trickle in. That’s the thing about depression, it sneaks up on you.

I can feel a boost in my energy, although I’m still struggling with fatigue and exhaustion. But, it’s getting better. I’ve noticed that my legs and feet don’t hurt as much as they used to, I’m not as stiff and inflexible as I was, and it doesn’t hurt as much to go up and down stairs. I’m laughing more, I’m not canceling plans as often as I was to just stay home on my couch. I’m slowly becoming more engaged with my life again. I can feel that I’m able to focus more, my memory is better, I’m less distracted. It’s like I’ve been living in a fog for the last couple of years (if I’m being honest) but had no idea. Depression just seeped into my life, like the insidious disruptor that it is, and I was oblivious. Until I wasn’t.

I’m lucky though. I’m lucky that I had a specific incident that made me realize something was really wrong. If that hadn’t happened, who knows how much longer I would have continued to numbly stumble through my life, thinking everything was my fault and shortcoming, until something very terrible happened?

I’m lucky that I’m a grown woman with well-developed and solid life skills to manage myself through this. Once I realized that something was very wrong with me, I made an appointment with my doctor and sought counseling. If I was younger, or perhaps just a different, less experienced person, I’m not sure I would have made those decisions so quickly and easily. If I was a person who was caught up in the stigma of mental illness, I might have tried to hide what I was experiencing. And if I hadn’t gone to the doctor and suggested to her that I get blood work done just to rule anything out, I would never have known that my Thyroid was practically non-functioning and making me ill.

I’m lucky that I work for a company with excellent benefits across the board, but particularly for mental health. Whether I could afford medication or therapy didn’t even cross my mind. All I had to worry about was getting the help I need.

And I’m lucky because I have wonderful friends. I mean really, truly the best. If I have ever doubted for even a second (which I thankfully never have) that my friends love me and want the best for me, this ordeal has only cemented for me the knowledge that I have surrounded myself with the most caring, loving and supportive friends a girl could ask for. And ditto for my family, boss and colleagues.

I’m clawing my way out of this. I want to feel better, I don’t want to live in a foggy, hazy world where everything is distorted through a grim, hopeless lens. I want to emerge from the dark and not only find the light again, I want to be the light again. I was, once. I think I can get back there. I just have to continue to ask for help, focus on self-care and health, and remember that there are others who aren’t as lucky as I am. There are lots of people who live in darkness every day, struggling to let the light trickle in.

Be kind to one another, be the light.